You are here: Home / House / Our First House
0shares 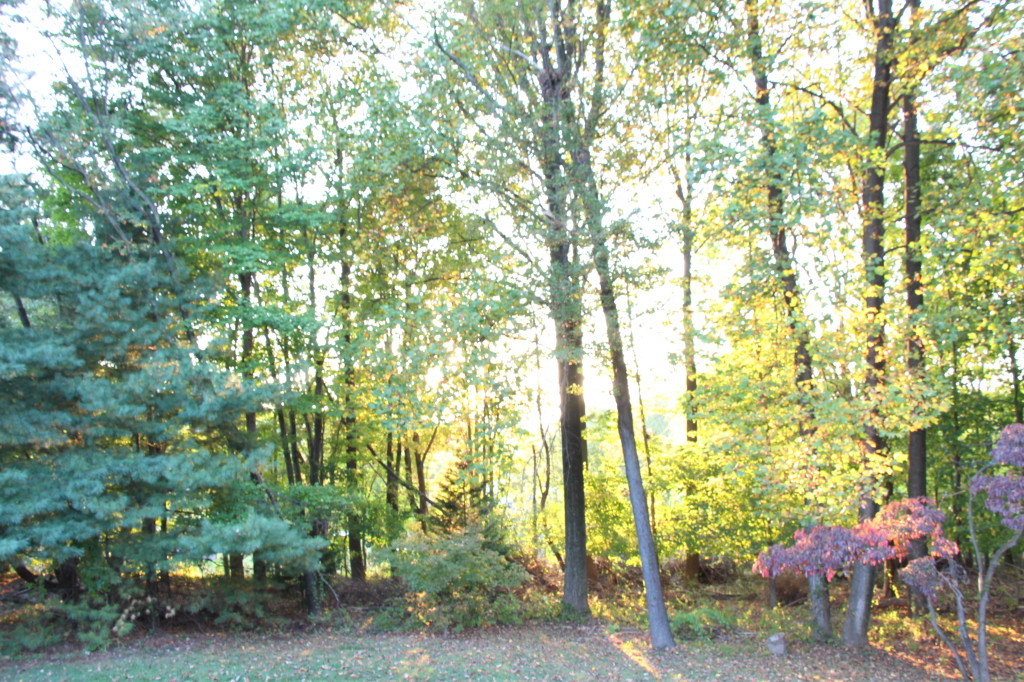 View from our back deck

We purchased our first home back in 2009 when we were just 24 years old.  We had been looking half-heartedly for a few months, debating on whether it was the right time to buy, or not.  We had been in the area since 2007, were both gainfully employed and the real estate market had been growing more and more enticing for first time home buyers.  We figured it couldn’t hurt to look around a bit.

We knew which areas and communities we were interested in and thoroughly enjoyed the house-hunting process.  We put an offer on one other house (not far from where we live now) that ended up falling through…I’m pretty sure it was due to incompetence on our agent’s part but it all worked out in the end.  Everything happens for a reason.

After that disappointment we switched to a different agent, this time one referred to us by a friend, and continued our search.  Our house happened to have come on the market right after we switched, we were actually the first people to look at it.  It was everything we wanted, a large, brick colonial at the end of a cul-de-sac in a quiet neighborhood with highly rated schools nearby (not that we have kids but for the future.)

Overall, the place was in good shape.  Everything was functional and they had had it professionally cleaned before listing it so, technically, it was “move-in-ready.”  We loved the lay-out, especially.  It was very traditional with a two car garage, formal living space, three bedrooms and a master en suite; all must-haves.

We made an offer and two months later closed on the house.  With keys in hand, we got right down to business.  Their idea of “move-in-ready” was not exactly the same as ours.  The place was covered in wallpaper and the carpeting had definitely seen better days.

Things we did before moving in:

We took a few weeks off of work, had our family and friends over to help out, hired professionals to install the flooring and did as much as we could for the rest.

Removing the wallpaper was probably the least pleasant task and it was EVERYWHERE, including the two story foyer, kitchen, master bedroom among other rooms in the house and even on the ceiling in some rooms!!

Things we wish we would have done differently (in hindsight):

All in all, we couldn’t be more pleased with our decision.  We are thankful that we bought when we did and were able to take advantage of the first time homeowner credit ($8,000), and we feel fortunate to have been able to invest in our dream first home.  It’s more than a starter home; it’s one that we can grow into when we decide to expand our crew, and grow old in, if that’s what we choose 😉