You are here: Home / My Korean Adoptee Life / I am not a mail-order bride! 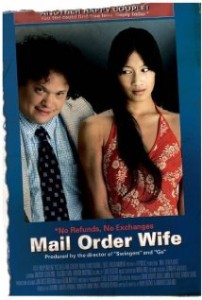 This is another adoptee-related story similar to Monday’s post.  For all of you Korean adoptee women with older, white fathers, perhaps this has happened to you, too.

I am, both, Korean and female.

My parents are both Caucasian.

These are facts that I have been aware of since I was very young.  No shocker here; however, there is something that had never crossed my mind when I was growing up…how I would look with my parents when I became an adult.

Now, with my mom it is not such a big deal.  If we are out shopping together or if I accompany her to a doctor’s appointment, then she could very well be my mother-in-law or maybe an older friend or neighbor whom I am lending a hand.

My dad on the other hand is a different scenario and kind of a gross one.  If he was Asian or if I was white, then there would be no speculation or judgment, but that’s not the world in which we live, and international adoption is not the first thing people think of…you can probably see where this is headed.

This has only come to my attention the last few years when my parents have visited me in the D.C. suburbs.  It is a little different from where they live (and where I grew up) a place where everybody knows everybody.

In a more metropolitan area, you have people of all kinds merged together, so I guess people are quick to jump to conclusions.  Yes, that’s right; people sometimes assume that we are together…

Ummm….yea…I’ll give you a second to process how weird and gross that is…

I have recently noticed that when my dad and I are out together sometimes we get funny looks, especially, when we are in more domestic-type places like cashing out at the grocery store or especially at the mall!

One day, after a long day of uncomfortable shopping with my dad I started to realize why it had all of a sudden become uncomfortable over the years.  Growing up, my dad would always take me shopping; it was something we liked to do together.  He would help me pick out stuff, everything from clothes and shoes to books and sporting equipment.  When you see a grown-up Caucasian man and a little Asian girl together, you just know that’s his daughter.  When they are both grown-ups then, apparently, it’s not that obvious to people.

I can only speculate based on the shaking of disapproving heads I see what people think of us when we are out together.  Some speculations I can conjure up off the top of my head are that I am some kind of submissive mail-order bride ordered from overseas, or a gold-digger with an older man for his money.  When we have gone out to dinner just the two of us, a less open-minded waiter might assume that I am some sort of exotic escort, etc. etc.

This is not a post of anger, or even irritation with people’s assumptions, but one of humor.  I have a strong sense of self; instilled in me by my parents.  Other people’s ignorance will not change that and I don’t care what they think; however, it doesn’t stop me from calling him dad in a slightly exaggerated voice just to clarify some peoples’ confusion with the situation J 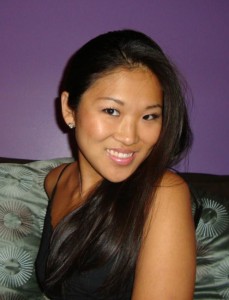